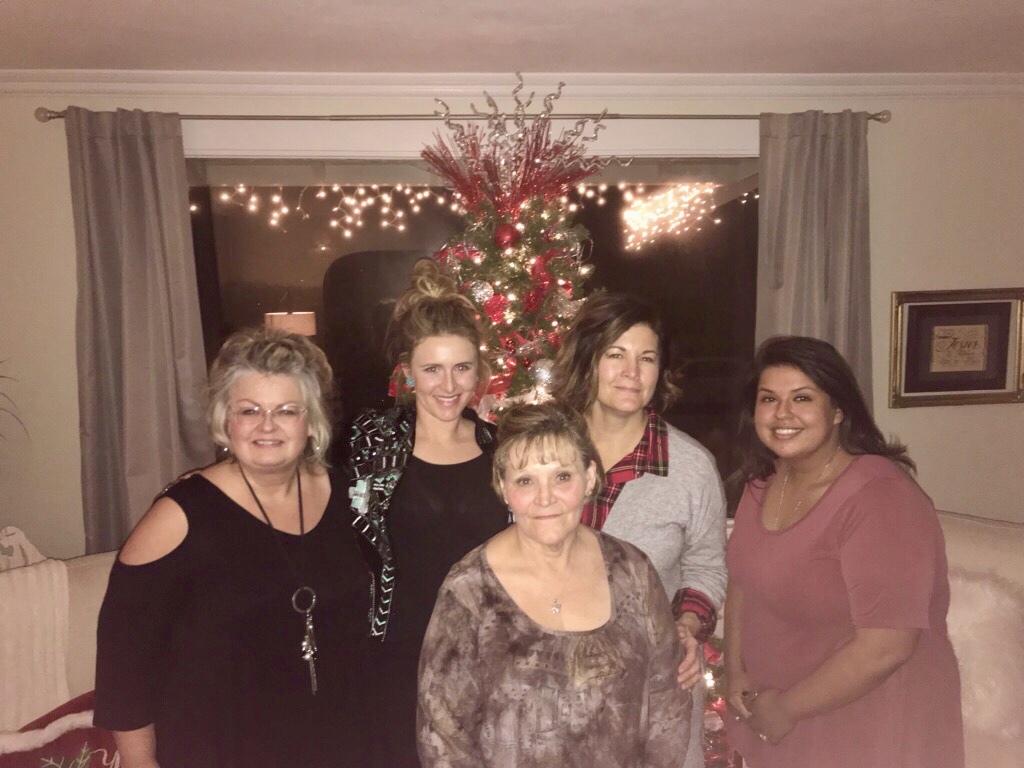 Merry Christmas Eve dear friend. I have been looking forward to sharing the second part of the story of League of Hope with you all week. Let’s jump in right where we left off so you can get back to spending time with loved ones and dawning your matching Christmas pajamas. Here we go:

I left the church literally shook. It was a cold race to the car in my soaked jeans and flannel shirt, but my heart was on fire. What had just happened? A casual Sunday of church and lunch had turned into a life altering, vision receiving, dunk in the tank, raised to walk with Christ, confirmation by guest preacher- cherry on top kind of day. I had no idea where I should begin, but I knew it was time to get busy. I knew this was God’s thing. I just prayed I wouldn’t mess it up. I asked for wisdom and direction and I started receiving it piece by piece. God faithfully worked to bring the five of us women, each with vastly different, but complimenting gifts and passions, together to form League of Hope. Below is the story of how each woman was called, written from my perspective. My hope is to have each woman write her own story, so I can share the story from each individual perspective. Until then, here is how it went down, from my point of view.

The first person God put on my heart to contact was a friend of mine named Kassi. We had been in a bible study together for over a year and she had recently shared that she wanted to be involved in helping homeless teens. Kassi is also the leader of a teen and young women’s bible study that meets weekly. She has a heart for leading young women to finding and living out a relationship with the Lord. God knew I could use some encouragement right off the bat, so he sent me Kass. She was 100% on board the moment I told her the story. We wasted no time as we started brainstorming ideas of how we could get out in the community to meet the women, teens and children we were wanting to serve. That afternoon, we decided on hosting a lunch somewhere downtown. The details weren’t discovered until later on, but we had a start.

The next woman that I couldn’t get off my mind as I started planning the luncheon was my Husband’s aunt, Val. I have always had a special relationship with Valerie. She has been a spiritual mentor for me for around 5 years. I was led to ask Valerie to be a speaker at our event and I knew that she would be great at mingling with our guests. I had not spoken to her in months, but I decided I would send her a text and ask if she would like to be part of our first event. Little did I know, Valerie was just wrapping up a hard week of letting her Mary Kay family know that she had been led by the Lord to give up her successful business of over 14 years to go into full time ministry. Val was having a rough morning dealing with the fact that she was letting a lot of people down. She asked God to affirm her. When she replayed “His Call” she had no doubt about her actions but the emotions and grief of leaving the women and career that she loved was very difficult. Soon after she asked the Lord to confirm, she receives a text from me asking her if she would like to be the speaker at our first event. What a sweet and faithful God we serve.

As we dove into planning this event and working out details, it became obvious that we needed someone with experience working with homeless and struggling women. I remembered Kathy, another woman in my bible study had shared multiple times about working with the homeless community in Cheyenne. I even remembered her talking about a trip she had taken to the Phoenix Dream Center and how while there she told her husband there would be a similar long term living facility in Cheyenne someday. To top it off, Kathy is a talented interior decorator which would come in very handy for making our event look beautiful. Kathy lit up with excitement when I asked if she would join us in hosting this first event. She had been planning on doing a similar event for years and years, but hadn’t acted on these plans. God brought Kathy into her calling and made the event she had dreamed about for all of these years a reality.

I often call this next lady our backbone. She gives us street credit and perspective as a woman who has been in similar situations as many of the women we hope to serve. Remember the bad week Val had as she told woman after woman that she would no longer be doing Mary Kay, well Sandy was one of those women. When Val met with Sandy to let her know that she would be stepping out of Mary Kay to go into full time ministry, Sandy sat up in her seat and said, “Well I want to do ministry with you!” How awesome is that? Val and Sandy’s story goes way back. They became friends when Sandy was needing some help during her years of struggle. Sandy has gone down some hard roads. She battled addictions and had to spend time in prison. Val was a support system for Sandy through the good and bad. About 23 years ago, when meeting up for coffee, Sandy told Val that she wanted her to be there when she gave her 5 year anniversary of sobriety speech . This is where it gets so cool. After texting Val and asking her if she would be a part of our event, I remembered a story Val had told me a while back about a friend of her’s that had a hard past, but had given her life to Jesus and been able to break free from addictions. I quickly sent another text to Val that said, “Remember that friend you told me about who has completely turned her life around and is now free from addiction? Do you think she would want to give her testimony?” In less then 5 minutes, God confirmed both Valerie and Sandy. I had no idea about the back story of what was going on as I sent those text messages. God brought all of these little details together in the most beautiful way.

I’m coming to the realization there needs to be a part 3 to this story. There are too many amazing details to try to squeeze onto the the end of this post. I hope you have gained hope from the story of how God brought the five of us women together. I know whenever I get overwhelmed with this giant quest we have been set out on, all I have to do is look back at the story of how God brought us together to realize; He’s got this! All we have to do is trust Him.

For unto us a child is born, to us a son is given, and the government will be on his shoulders. And he will be called Wonderful Counselor, Mighty God, Everlasting Father, Prince of Peace. Isaiah 9:6

View all posts by Tatum Berry